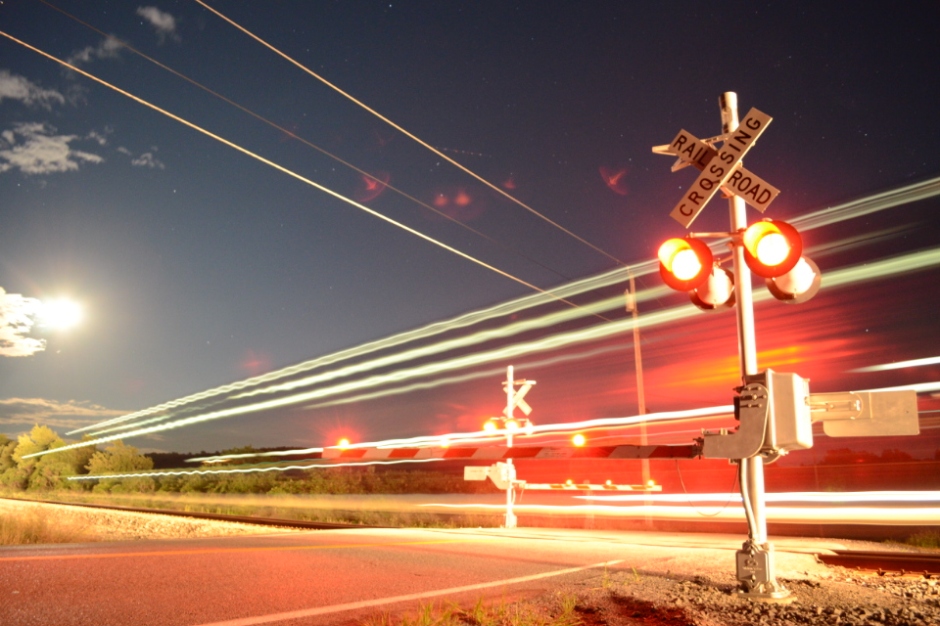 Model railroading is not necessarily a seasonal hobby, but many people treat it as such. When the warm weather arrives, there’s a garden to weed, or a Harley to ride, or a reunion to attend. The trains sit ’til autumn. I generally keep at the railroad activity through the summer—it’s a perfect time for taking messy jobs outside—but this year, not so much. 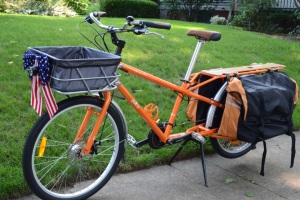 My other great love—bicycling—has its hooks deep into me this summer. That’s happened partly out of necessity. Our car broke down on the way back from the Lockport show last April, so I’m back to getting around town on two wheels, which isn’t bad at all in good weather. Better still, my new cargo bike arrived. With a long wheelbase, integral cargo rack, and heavier componentry, it’s good for just about any short-distance hauling task I have, from groceries to lumber. (I haven’t hauled any T-Trak modules around on it, but I’m sure I will soon.)

Like I said, the bicycling is partly out of necessity, but partly for health reasons. I’m into middle age now, and I really need the exercise. I don’t want to end up as just another fatso in an XXL Union Pacific tee. In case you hadn’t noticed, model railroading has a high proportion of people who lead very sedentary lifestyles. We have guys in the club who get out-of-breath on one flight of stairs. At one meeting, somebody asked about diabetes, and a shocking number of hands went up. In that context, my 12-mile ride to the club’s picnic the other night seems like a towering athletic achievement, even though it’s really not. The riding does cut into the train time, but it’s well spent.

One of the local hobby shops reopened last month, after a devastating fire last year. Naturally, I took it as a good excuse for a ride. Part of the route parallels the old NYC main line; had I been inclined, I could have stopped for some train watching.

I missed out on the big train-watching opportunity of the summer, but not for transportation reasons. There was a steam excursion with NKP 765 heading through the region last weekend, and I had a car rented that day. The two-hour trip to my reunion took me right across the tracks, but there wasn’t enough time to wait. I did, however, stop on my way home, late that night. Perhaps I thought that the smell of coal smoke would linger, or something.

I got out of the car and looked down the tracks, gleaming under a nearly-full moon. Faintly, I heard a horn. I reached for my camera. There was a distant rumbling sound. I didn’t have my tripod with me, but I made do by resting a minipod on the highway guardrail. A headlight appeared behind the trees, and then the horn again, much louder now. The grade-crossing bells and lights came alive. The gates lit up and descended. No, the train wasn’t a thundering Berkshire and passenger coaches, just two everyday diesel units and a string of double-stack container cars. It roared and squealed, it raced toward the rising moon, and then it was gone into the night. Only the emerald glow of a searchlight signal remained to mark the train’s passage, and a few moments later, that too went dark.

I got back into the rental car and headed for home, smiling.